Blues fans on social media were once again driven into a frenzy of speculation after club director Edward Zheng Gannan made massive changes to his Twitter account, removing all trace of Birmingham City and wiping all tweets. Was this move prelude to an announcement of a board-level departure. 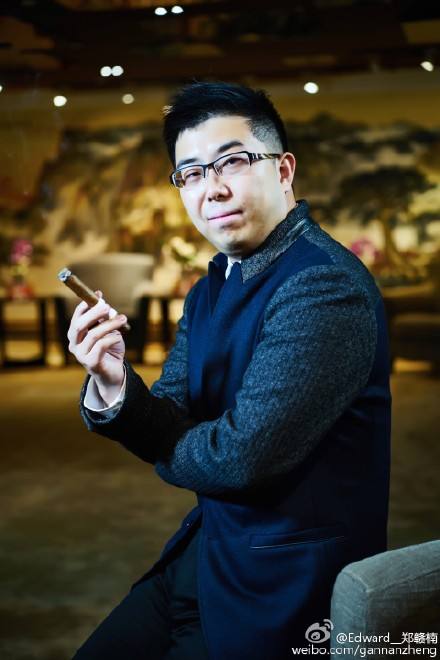 The answer very quickly turned out to be negative with various reporters confirming what I had been told by my own sources – it was business as usual at St Andrew’s.

There was absolutely nothing to suggest that Zheng was departing the club; all it seemed to be was that director who had recently made his name by asking a fan “you want come” was taking a step back from social media.

As a nationality, Chinese people have a strange relationship with social media.

Twitter itself is blocked by the so-called “Great Firewall of China” while Chinese social media sites such as Weibo are very heavily censored by the authorities.

The authorities take a dim view of anyone who makes waves as Houston Rockets GM Daryl Morey and Arsenal player Mesut Ozil have recently found out.

Indeed, tweets can have serious repercussions with China taking the big Arsenal-Man City game off TV thanks Ozil’s tweet about the issues in Xinjiang.

The effect all this has on the national consciousness is that as a rule, Chinese people like to be low key in how they act on the public stage.

Offering out a fan for the “Royal Brumble” on the car park is not acting low key and while I think it was handled as well as it could have been, it’s probable that tweet by Edward upset the Blues hierarchy in Hong Kong and Beijing.

Indeed, I don’t think it’s a coincidence that Zheng has wiped his twitter while Birmingham Sports Holdings Chairman Zhao Wenqing is visiting these shores.

I wouldn’t be at all surprised if Zhao has handed out a dressing down to Zheng for his recent tweets and told him to wipe his Twitter account.

While the Royal Brumble tweet itself would not be visible in China, there are almost certainly enough spies in the camp at St Andrew’s who would have ensured that the bigwigs got to hear about it.

I can understand that it seems strange to maintain a twitter account with zero tweets but it makes sense to do so.

Club CEO Ren Xuandong wiped his tweets and locked his Twitter profile down some time ago but has maintained his account.

By doing so, the club can maintain who the “real” Ren is on Twitter, ensuring that anyone trying to impersonate him is easily shot down as a fake.

While I’m not 100% sure why Zheng has gone so far as to remove Blues from his Twitter bio and to unfollow the club, maintaining an empty account ensures that he has the same level of protection from fakery.

I have to say that I think this was inevitable bearing in mind the amount of abuse that both Ren and Zheng have taken online.

It’s a shame in many ways as I actually thought the whole “you want come” episode had ended somewhat positively for Zheng.

I don’t think anyone took it seriously and it had spawned a range of jokes and memes which were not only funny but also made Zheng seem more like one of us.

While being lowkey ensures no offence is given, it just ensures that the divide between the board and the fans remains as impassable as ever.