Not long before Blues met Sheffield United on Friday evening, I met with the Labour MP for Ladywood, Shabana Mahmood to talk to her about Birmingham City. It was a brief meeting but one that fills me with hope that there may be some political help on the side of Blues fans. 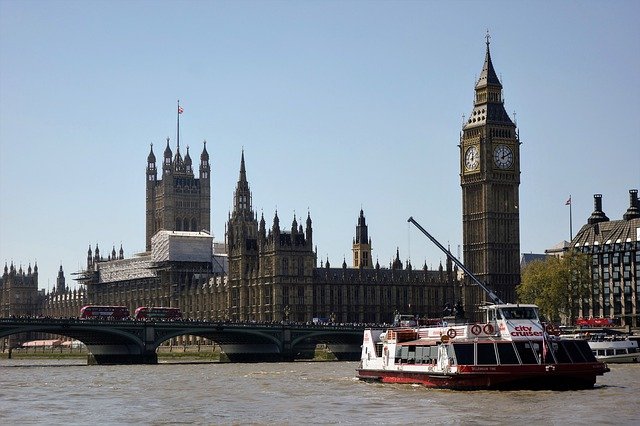 Before I go any further, I must stress that I met Mahmood as a constituent only; I have no desire or will to speak for other fans and offered only my opinion. I would implore any fans who want a politician to speak on their behalf to speak to their own MP – you can use this website to do so.

While I am choosing not to go into detail about what was said in the meeting, Mahmood shared with me a letter she sent to Nigel Huddleston, who is the Parliamentary Under-Secretary for Sport, Tourism and Heritage. This letter was published on her website here.

Just over a year ago, I wrote this piece on my occasional Medium blog where I talked about how we can make a difference as fans to our club, despite seemingly having no power. The point I made in that blog was that the trick is to make regulatory bodies hold people to account; for example the EFL and the HKSE.

Government is the same. While there is (and realistically has to be) a distinct separation between parliament and the organisations that regulate sport, there are some things that I believe need political input too.

An example of this is the state of St Andrew’s.

Now, we’ve seen the club have tidied up the outside a bit, but we are also very aware of the structural repairs that need doing; and the length of time it’s taken the club to even tell us what needs to be done.

St Andrew’s is listed an Asset of Community Value, as defined by the Localism Act 2011. While this listing gives the stadium nowhere near as much protection Listed status would confer, it does signify that the stadium is an important building for the community, and in wider terms the city of Birmingham as well.

I believe that there is a valid reason for an MP to get involved to ensure that this building is being adequately looked after, and that the repairs to the building will take place rather than allowing it to rot. As it happens, it’s not just me who is a constituent of Shabana Mahmood, but also BCFC. Therefore it made absolute sense to me that I should raise this issue with her.

You may have also heard about a “Fan Led Review of Football”, which is being chaired by Tracey Crouch MP. This wide-ranging review is looking into the fundamentals of how the sport is being run, with the aim of producing reforms to better protect clubs and supporters.

I can’t say I’ve read all the documents yet; I’ve just not had the time. However, I’m led to believe that as a part of the review it will be easier for fans to hold owners, directors and senior management of their clubs to account.

This in itself is promising as the last few months seem to have proved at St Andrew’s that the only way fans can get answers from the board is to protest; as yet we’ve heard nothing from the owners of the club and we still have no real idea who the owner of St Andrew’s (Kang Ming-ming) really is.

While I get there are reasons that staff, directors and owners cannot go into specifics and there is commercially sensitive data we will never see, I also think it’s important that every club has some level of trust between fans and the powers that be. When trust breaks down (as I think it has at Blues) things like apathy set in, which then detracts from the support of the club and I think dampens chances of success of the club.

One other thing has crossed my mind, which could realistically be the “nuclear option”.

All MPs enjoy something called “Parliamentary Privilege”. What this means is that while in the chambers of the House of Commons, they can ask any question they like without fear of being sued.

A good example of this was the 2006 Ivory Coast toxic waste dump scandal, known to many who read the press as the “Trafigura case” due to the company involved. In 2009, Trafigura attempted to prevent the press reporting on this by not only taking an injuction out against the report, but an injunction suppressing reporting of that injunction – the so-called “super-injunction”. This was overturned when Paul Farrelly MP brought up the topic during Parliamentary Questions, making the injunction worthless.

A similar example was when John Hemming MP brought up a question about Ryan Giggs in Parliament when the former Manchester United player was suing News Group Newspapers over allegations surrounding his private life.

One of the issues Blues have is the lack of outlets wishing to mention let alone report on the control the “elusive Mr King” aka Wang Yaohui has on Birmingham City due to potential legal threats. In recent times both Tom Ross (working for Talksport) and Gregg Evans (The Athletic) have mentioned “Mr King” but neither have gone into any detail.

I cannot and would not presuppose what an MP might do, but if an MP such as Shabana Mahmood asked a question in Parliament about Wang Yaohui and BCFC then it would be a matter of the record in Hansard and by definition the press can use the principle of “qualified privilege” to report on – although some restrictions still apply.

However, this really is a “nuclear option”. The mention of Wang Yaohui in Parliament could really be the thing that causes problems for BCFC and BSHL, and it has potential to bring the house of cards down quicker than anything else due to the sheer magnitude of its significance. It’s not an option I would take to without careful thought personally.

When I met Mahmood, I left her details of both this site and bshlout.co.uk and said that if I could help supply any information which would help her to make a case for fans, I would.

It’s impossible to say what she can do – but I am positive that the ball is rolling. As I said previously, the option is there to anyone who also wishes to contact their own MP.