Over 27,600 fans were at St Andrew’s on Sunday to watch Birmingham City retain their Championship status with a 3-1 win over Fulham. Included in that number was Birmingham Sports Holdings chairman and BCFC director Zhao Wenqing, who watched from the Director’s box alongside CEO Ren Xuandong. 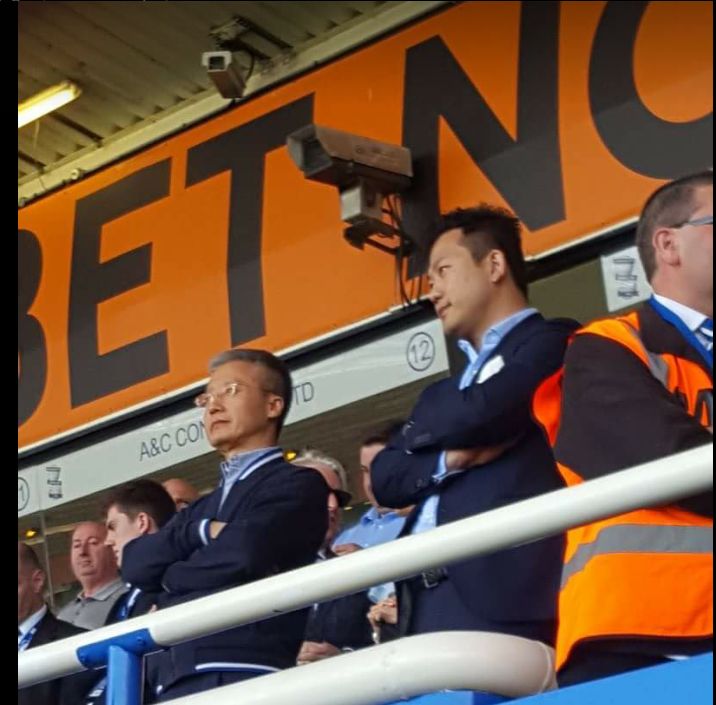 While Zhao isn’t an owner of the club, he’s probably the most powerful person involved with Birmingham City right now. Normally based in Beijing, Zhao has visited St Andrew’s on occasion to deal with issues and make decisions as the right-hand man of the owners.

As with most of the people at the top of BSH, there is not much publicly available about Zhao. I’ve never previously found an image of him online and I’m indebted to the people who took the photo shown in this article for allowing me to use it in connection with this story.

As well as BSH, I’ve been able to connect Zhao with business interests in China and Cambodia in previous articles. On the surface he appears to have many connections – something that is vital in Chinese business – and to have much experience in the business world.

Zhao’s last visit to St Andrew’s coincided with the dismissal of Steve Cotterill and the appointment of Garry Monk.

It is Zhao we have to thank for making both decisions; had he not come to St Andrew’s I’m not completely sure if Ren would have made the call to fire Cotterill.

His arrival at St Andrew’s for the final game of the season will also be connected with matters behind the scenes.

While I’m sure he enjoyed the final game of the season as much as every other Birmingham City fan did, I suspect he was there just in case the worst happened to talk through finances and what would happen next.

Although it looks like Neil Moxley was wrong about any announcement with respect to Financial Fair Play happening this week, I do believe Zhao will also have been on hand to discuss any potential issues with that regard and to finalise the summer transfer budget ahead of the transfer window opening on May 17.

One thing that has struck me has been Garry Monk’s pronouncement on the amount of change needed at the club to prevent it falling into the same problems in the league as it has been this season.

While it seems obvious that he is talking about players, I wonder if it’s also reflected in how the club approach things behind the scenes.

There has been much gossip among people I know connected with the club about there being changes made to the off-the-pitch management side. If that gossip is true – and I have no way of verifying that – then it would make sense for Zhao to be in Birmingham to make decisions on what needs to happen.

Those changes could include the Chinese contingent of the staff, with fellow BCFC director Shayne Wang Yao potentially asked to stay in Birmingham permanently to work along side his fellow directors Ren and Edward Zheng Gannan.

Whatever happens, it is important now that the decisions Zhao makes helps to build on the improvements made on the pitch and to stabilise it going forwards.