Birmingham Sports Holdings confirmed a couple of board room changes to the Hong Kong Stock Exchange yesterday. The announcement confirmed that Anita Chan Yuk Yee, who was both executive director and company secretary of the holding company has been replaced.

The announcement can be read in full at this link.

The departed board member Anita Chan was one of the last appointees put into place by Trillion Trophy Asia owner Paul Suen Cho Hung and her departure means Suen’s influence on the board drops a little further.

Her replacement in the company secretary role is Robert Yam Pui Hang, who has served as Chief Financial Officer for the company since January 2017. Yam is an accountant who has spent some time in Birmingham particularly last summer during the fiasco over FFP.

At director level Chan has been replaced by Dr Guo Honglin. 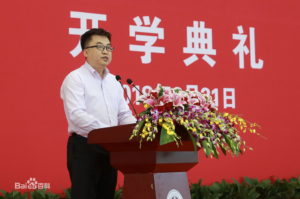 Guo holds a doctorate in Economics and has served in various positions at Renmin University of China. He’s a board member of the Shanghai-listed company Metro Land Corporation Ltd.

What does this mean?

I can appreciate that the exchange of names in the board room of Birmingham Sports Holdings might not seem to mean much in the grand scheme of things for the club but I do think there are a couple of things we can read into it.

Firstly, it’s clear the influence of Suen is waning.

Anita Chan works for Suen at many of his listed companies and her departure from BSH probably means that her talents are more important to Suen elsewhere.

This change is inevitable as the company continues to gradually transition away from Suen’s ownership.

Secondly, I think that the new appointment might signal another business being brought into the BSH umbrella.

It’s clear that the company needs to make more money and at the moment it seems that the Cambodia project is not forthcoming with revenues.

Therefore it would make sense to diversify BSH’s portfolio further to offer more revenue streams and give it more chance to be productive.

I think the appointment of Guo will foreshadow another company being added although I have no idea who this might be.

IF that is the case, then that is good news for Birmingham City.

The club needs its Hong Kong parent to be healthy in order for the flow of funds from the far east to continue uninterrupted.

Moves to improve the health of BSH can only be good for the club.