It’s been a strange old week for Blues in the media. Less than seven days after taking a verbal beasting from callers on the Radio WM phone-in, Richard Wilford managed to record and broadcast an interview with Blues CEO Ren Xuandong. The 15 minute interview covered a range of topics and offered fans a small insight into the thoughts of Ren. 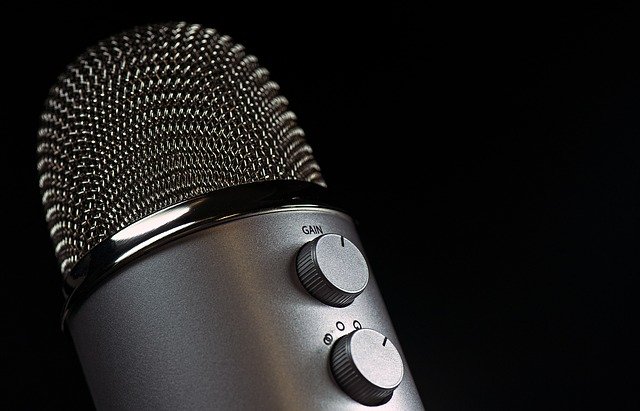 For those of you who have not yet heard the interview, it is available at this link.

I said it before the interview and I’ll repeat it now. I didn’t for one second think we’d get a Paxman-style grilling of Ren, because there is no way he’d have agreed to an interview had that happened.

However, it was my hope that Wilford asked enough questions to at ensure we got some proper statements from the Blues CEO that we can take as official.

I wasn’t surprised by the way Ren spoke. It was similar to the tones he used in the “secret meeting” I attended in January 2019, albeit a hell of a lot shorter and less verbose.

There was the mea culpa for the disastrous summer of 2017 when the “Axis of Incompetence” inspired trolley dash caused all kinds of financial issues for Blues.

Then there was the gratitude to Jude Bellingham and his family for not screwing the club over and signing a pro deal before moving on, ensuring the club were able to net a handsome transfer fee.

And then there was the declaration of being a fan. I think it might have caught a few Blues supporters cold, but when I met Ren last year he was adamant about not missing a game and in fairness, his memory for them is better than most.

As softball as it might have seemed, there were a few points that I think are worth picking upon.

Ren was keen to push this talk of the club being self-sustainable, which is a good thing in my eyes. I’m not a fan of the “sugar daddy” ownership style of football clubs and I think it’s important that the club stands on its own two feet.

As Ren points out, losses have dropped over the last few years. Ren stated that three years ago the club lost £39M, two years ago it was £22M and last season it was about £18M. He then went on to say that the club forecast a loss this year of £6.7M, despite the impact to revenue caused by Covid-19.

Using BCFC and BSH accounts it is possible to fact check some of these numbers.

As a BSH shareholder I’m a little concerned that Ren felt comfortable enough to state a forecasted loss for the club for this season on more than one occasion. I would think that this is market sensitive information – especially as the interim accounts for BSH are due out on February 26. I have emailed the Hong Kong Stock Exchange for clarification on that position.

Ren was also keen to point out that Aitor Karanka has had the lowest playing budget of any manager since the current regime took over in 2016, pointing out that this year’s projected budget of £18M for player wages is less than half of the £37.5M spent in 2017/18.

There is no doubt that this is a positive thing and Ren is right that if the club is to be self-sufficient then the trend should remain similar.

Ren also mentioned that it was the job of the strategic committee to give Karanka all the financial tools necessary to give him the best possible transfer and wage budget for next season.

This is something I’m hopeful of; if there is one thing we have learned from Covid it’s that relying on one revenue stream is foolish. I think it’s important for the strategic committee to put together financial plans to bring in money from new sources to help the club build sustainability; the more commercial revenue and new markets the club can generate, the better it is. The inclusion of Chinese investment banker and venture capitalist Zhou Desheng points to something on those lines.

Since the announcement on December 16 that the Kop and Tilton stands were to be closed following a safety inspection, we’ve heard very little from the club about what is happening.

I wrote about the little bit I’d heard about the stadium on January 6, but I’m still yet to hear anything on my FOI request from the council and I had emailed the media department at the club to ask if they could update fans.

Ren confirmed much of what I’d written; that there are problems with missing bolts and corrosion of the steelworks. There are repair works to be done but he was keen to stress it’s not like the stands are falling down.

The only bit that really concerned me is that there is a chance that these works will not be completed by August of this year – when you’d hope fans can return to the stadium post-Covid.

From speaking to friends in the building and contracting businesses it’s possible that the biggest part of the problem is getting to the issue; if it is in the lower parts of the stadium then seats will have to be removed and there will need to be some sort of crane access inside the stadium. There are also potential issues with regards to getting in the supplies needed to fix the issues, with post-Brexit port delays not helping the building industry.

The big question for me is one that Wilford did not put to Ren – who is going to be responsible for the cost of repairs. If, as Ren states the problems are down to issues when constructing the stadium I don’t think insurers will be interested and it’s almost certain that warranties for work will have come to an end. I’d like to know if the cost of repair will come from the club’s budget – or that of the stadium company.

The Academy and Recruitment

The noises from within the club have been for the last few weeks that the club are going full steam ahead for Category 1 status of the Academy. Ren spoke of the club investing £77,000 last week on the floodlights for the 3G pitch at Wast Hills.

However, Ren made the point that while the younger age groups do well, the level of football the u18s and u23s play isn’t intensive enough for players to be ready for the rigours of the Championship.

This is something that concerns me too and I agree with him that the club need to work on that; however the framework of how category 1 and 2 Academies work doesn’t seem to be congruent with the formation of a “B” team to play “Championship-like” teams to prepare players.

As it stands the only way I can see of doing it is to play the u16s and u18s one age group up each, and then have the actual u23 players playing in a B team in addition to those teams. Right now, many players in the u23s and u18s are already an age group up so it’s something I could see happening.

Wilford also pushed Ren on recruitment of players, both historic and ongoing.

Ren denied that there was frustration over recruitment last summer, pointing out that this season has been unique in the fact it started so late and that the schedule has been so tightly packed. While 14 players were signed, Ren pointed out that some had no pre-season before coming to the club, with the implication that it is going to take time for some of them to make an impact even now.

One thing I was surprised to hear is that recruitment has been outsourced to companies in Spain and France; something I thought was a bit iffy considering some recruitment staff are on furlough.

That being said, I think the implication was that these companies supplied data rather than actual physical reports, and this data was what the management team used to help them decide who to focus on looking at. It’s a methodology of scouting that seems to be getting more prevalence of late but I am concerned that some of the human intuition is missed when it’s purely numbers being relied upon.

The big elephant in the room for some people is the continued employment of Aitor Karanka, but as expected Ren was unequivocal in his admiration for Karanka being the right man for the job at the club.

Ren was clear to say he was not disappointed with the way things were going; that he was sad for the players in not getting the results he felt that they deserved and happy with the growth and progression shown by the club.

He said that he was confident Karanka had the team playing the football that will “get us out of this league”, unlike the football that the club used to play. The cynic in me would agree with this, but only in that it looks like we’re in a relegation scrap earlier in the season than usual.

I didn’t expect anything but 100% backing from Ren for Karanka for the simple reason that the Spaniard was absolutely Ren’s pick as manager. Ren has no choice but to back the manager as to show any doubt would give the implication that he had a mistake; something his fellow directors Edward Zheng Gannan and Shayne Wang Yao would no doubt use to denigrate Ren with to their bosses.

I’d honestly like to know what BSH Chairman Zhao Wenqing is thinking. After all, the office at Wast Hills has his name on the door and his picture on the wall, not Ren’s. Given the reply I got from BSH to my question about relegation some sort of contingency plans have to be made.

The one subject that didn’t get touched upon was ownership, and I thought that this was poor. It might have been that Ren refused questions about the owners, but I think Wilford should have tried to ask about them.

My question would have been simple:

“In December 2020, a Cambodian businessman called Vong Pech did a deal to buy a fifth of the club and become the largest shareholder. What can you tell fans about Mr Vong and why he’s invested in the club?”

While I know it’s problematic for Ren to talk about the elusive Mr King, I don’t think it would have been any harm for him to give some fluff about Vong Pech. The fact he can’t even do that is disconcerting and just gives weight to the feeling that the club do not want us to ask questions about the ownership of the club.

Admittedly, there would potentially have been a belief issue over anything Ren said about the owners but that I don’t think excuses them from trying to make a positive statement.

I’ve seen a lot of cynicism online about the interview but I didn’t think it was actually that bad. As I’ve said previously, the most important thing now is that it isn’t a one-off; it’s important that questions get followed up as new information comes in and that topics are revisited.

I get the impression some people wanted a fight but it shouldn’t have to be that way; if the club is to improve there has to be some middle ground sought so that things can be built upon. However, that does presuppose that the club are willing to try to connect with fans; a presupposition that may be flawed.