Last month I wrote about the family connections between the elusive Mr King, Wang Yaohui and Vong Pech, who has the largest financial interest in Birmingham City. Feedback from that article suggests there is still some confusion as to just who this Mr King guy is, and why I’ve dedicated so much of my time to uncovering connections between him and the titular shareholders of Birmingham Sports Holding. In this article I’m hoping to rectify that somewhat. 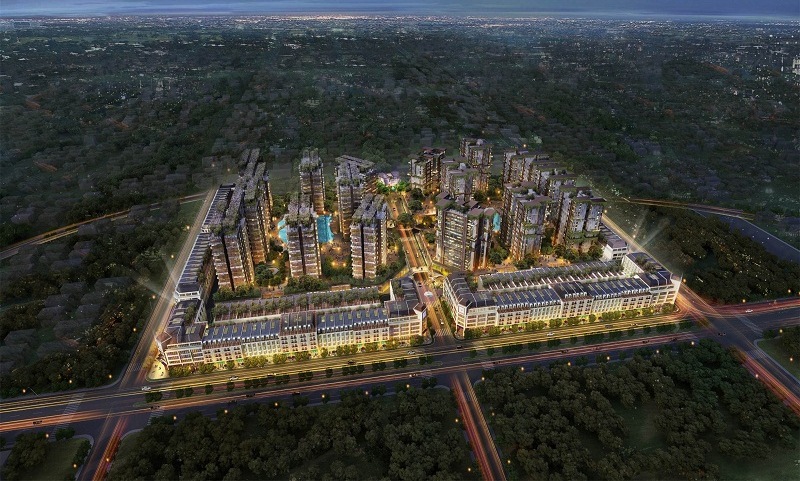 You can read other articles in this series at this link.

I’m going to preface this article by once again confirming that officially, Wang Yaohui owns no shares in Birmingham City, Birmingham Sports Holdings or Birmingham City Stadium Ltd. However, it is my belief based on the evidence that I have uncovered that Wang Yaohui is a “shadow owner” and controls the actions of shareholders in all three of the above companies.

The EFL have declined to look at any evidence presented to them so far. The club have never commented publicly on the matter, but the last time I spoke to anyone senior on the matter (the ill-fated secret meeting with former CEO Ren Xuandong), I was told that Wang was just a VIP who was looked after in a box at the club once. Prior to that, I had denials that Wang even existed.

So who is this Wang Yaohui anyway?

Cast your mind back to the autumn of 2017. After a whirlwind summer of signings, manager Harry Redknapp got the sack after taking four points from the opening eight games of the season. Despite all the expensive new recruits, Blues had been hit by a host of injuries and after a 6-1 away hammering against Hull City, Steve Cotterill was given the task to improve the situation.

While results on the pitch were going from bad to worse, there were murmurings behind the scenes at St Andrew’s about this shadowy figure known only by the name of “Mr King”. Whoever he was, this Mr King seemed to have an enormous amount of power at the club.

No one knew (or would tell me his name), and so I spent a month and a half trying to track down who he could be. All I knew is that like 92 million people in China, he had the surname Wang; that he was rich and also persona non grata in his home nation.

In late November I found Wang Yaohui while digging through Chinese company data and managed to confirm his identity with two people who had met this “Mr King”.

It turns out Wang has a chequered past; on the lam from China after a senior banker was arrested and jailed for taking bribes from Wang in exchange for loaning money to Wang’s companies.

There were also ugly rumours of money laundering schemes involving purchasing fine art along with complaints of non-payment.

After what happened with Carson Yeung, it wasn’t hard to feel a bit worried about this man being connected with Birmingham City.

How do we know he is connected with Birmingham City or Birmingham Sports Holdings?

After going on the run from China, not much was known about where Wang went to. It wasn’t until recently that I turned up a naturalisation certificate that I could prove that Wang had indeed taken Cambodian citizenship but even that didn’t tell us much as there is nothing about Wang Yaohui being in Cambodia online.

Birmingham Sports Holdings have a big connection to Cambodia, due to the investment the company have in an office and residential complex called One Park in the capital, Phnom Penh. That complex is owned by a company called Graticity Real Estate Development (GRED), which is in turn owned by a Chinese-born Cambodian businessman named Vong Pech.

Thanks to his stake in both BSH and in Birmingham City plc, Vong Pech has the largest financial interest of anybody in BCFC. He also owns 25% of the company which owns St Andrew’s, and his company Oriental Rainbows Investments is owed a shade over £20M by the club.

In my last piece about Wang Yaohui, I shared Vong Pech’s passport and mentioned an unverified piece of information I’d heard from a couple of contacts – namely, that Vong Pech was either the cousin or nephew of Wang. The passport also confirms that Vong Pech was born in China rather than Cambodia.

I’ve mentioned before on this website that Wang Yaohui has as many as nine passports, including one from Cambodia. 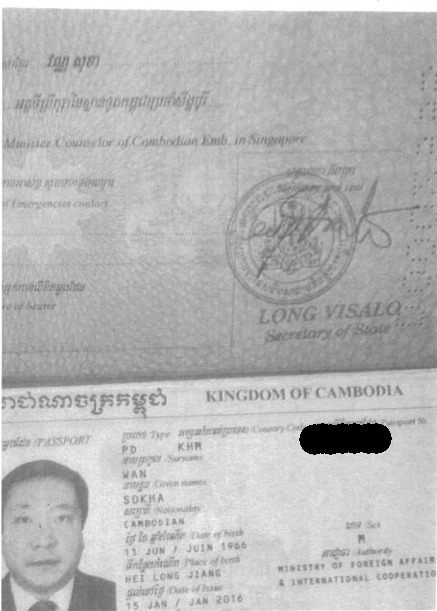 Although it’s not the clearest of images, the image above is a copy I have managed to obtain of Wang Yaohui’s Cambodian passport. As you can see, this passport gives a different name for Wang – Wan Sokha – and from the text at the top you can see it’s a diplomatic passport, accrediting him as Minister-Counsellor at the Royal Cambodian Embassy to Singapore.

A search of accredited diplomats on the Singapore Government website confirms that “Wan Sokha” still holds this position.

It had been mentioned before in the fourth article of this series that Wang was using the name “Wan Sokha” in Cambodia but this is the first time there has been documentary proof.

What does this passport prove? 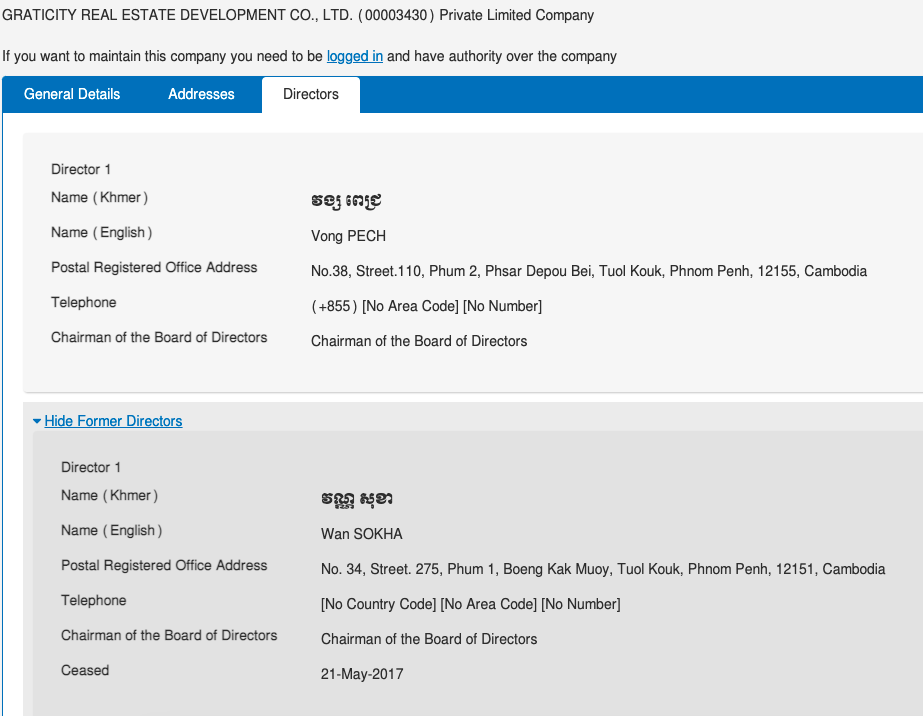 One of the chief reasons I was interested in proof that Wang Yaohui and “Wan Sokha” were the same person was this detail from the OpenCorporates website, which shows that the original owner, chairman and director of GRED is given as Wan Sokha. This is backed up details obtained from the Cambodian company registry.

This would then back up my belief that Wang Yaohui is the éminence grise at GRED – which in turn would suggest he’s in control of at least that stake in the BSH group.

It also suggests that the reports that I had heard of the familial connections between Vong Pech and Wang Yaohui are more likely to be true – and in my opinion at least, should be investigated further by the powers that be considering Wang Yaohui’s past.

However, this isn’t the only connection I’ve recently found between Wang Yaohui and GRED.

In my time searching for details on Wang Yaohui in the UK, one name that has come up time and time again is Gu Zhongfei.

The main residence of Wang in London is owned by a company called Well Faith Shipping Co Ltd, which has one named director – Gu Zhongfei. Likewise, the Samoan company Asia Engineering Group Ltd (AEG) which owns and operates Wang’s private plane also names Gu as their sole director and shareholder.

Gu and Asia Engineering Group are also named as the sole shareholder of a company registered at Companies House called UK Wealth Holdings Development Ltd (UWHD). Gu’s service address is given as Jardine House in Hong Kong, a known address for many of Wang’s companies and one that I visited myself back in 2018.

I’ve already mentioned UWHD on these pages in connection with a development in Buckinghamshire, which is just one of a number of projects that this company has been involved in.

I’ve managed to obtain this company brochure which outlines more of the projects that UWHD are involved in.

Two of them are residential properties in London which I have found on the Land Registry as being owned by Tang Yuhong, the common law partner of Wang Yaohui and one of which I managed to visit in the summer of 2019 (it was a building site).

Also listed is a residential project in Cambodia which looks and is described remarkably similar to the One Park project operated by GRED, and the Solana Lifestyle Shopping Park which was built by Blue Harbour, the company which was implicated in the huge bribes for loans scandal that forced Wang’s original exile from China.

There are also two further property projects in Beijing which I’m trying to track down further details of.

This information altogether only further confirms the connections between Gu, GRED and Wang. 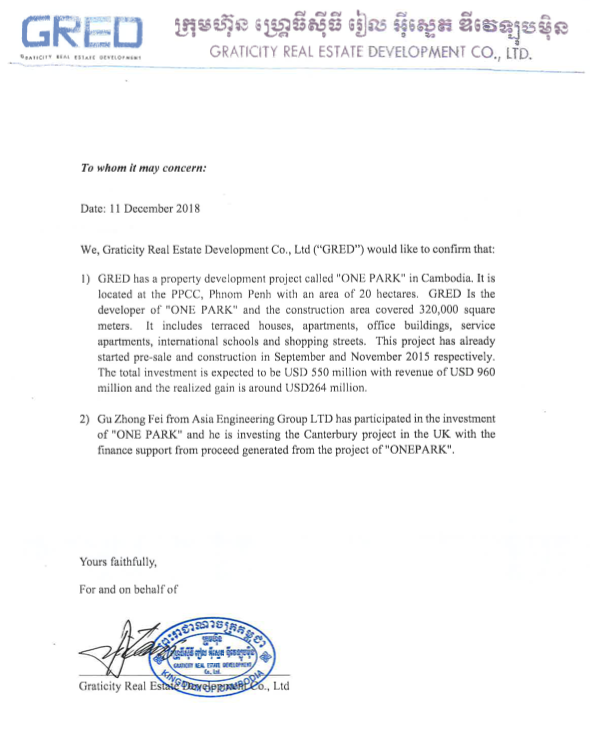 This is then further confirmed by this documentation I have obtained which confirms that Gu was an “investor” in GRED in 2018.

So what does this all mean?

I appreciate this is another long piece full of confusing company and Chinese names, but I feel it’s important to continue to research and write about Wang Yaohui so that I can prove that he is the guy who controls BCFC – and hopefully wake up the authorities to investigate this further.

It’s also important to me to show fellow fans that the ownership of the club looks confusing and opaque for a reason; the reason being to disguise that the real power behind the curtain is someone who cannot be exposed to questioning, due to their questionable business practices in the both the past and present.

I’m hopeful in the next part of this series I can talk more about where Wang Yaohui is right now – and maybe offer some answers as to why there seems to be no investment in BCFC right now.

One thought on “The Elusive Mr King Part X – Cambodia”