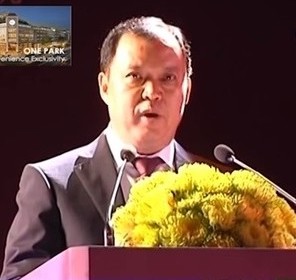 Watching what is happening to Chelsea right now is like watching a car crash in slow motion.

We’ve all become accustomed to Chelsea being rich over the last 19 years, spending huge sums of money pumped in by Abramovich. Seeing them flounder and panic as bank accounts are frozen and restrictions have been put in place is almost surreal.

I can’t even say I feel sorry for Chelsea fans.

From what I can see they’ve lapped up the lavish money being spent on them for a long time and were happy to chant Abramovich’s name when tributes were being held for Ukraine.

It’s only right now that those fans who were so proud that the club were owned by Abramovich understand that his ownership also comes with consequences.

There is this almost victim complex from some Chelsea fans, who have stated the war is nothing to do with Chelsea and that the club have been unfairly singled out.

It doesn’t wash for me though; it’s been known for years that Abramovich was close to Putin and the fact is it’s Abramovich who is being sanctioned, not Chelsea FC. Chelsea FC are not the victims here, they’re just collateral damage in a much larger picture.

With Everton also being stung by the sanctioning of major sponsor Alisher Usmanov, it does make sense that Blues fans worry that the same could happen to Birmingham City should China decide now is the time to do something similarly militarily aggressive.

However, the thought that this would happen misunderstands the connection between the above men and Vladimir Putin and wrongly assumes that just because Birmingham City is owned by a Hong Kong listed company the same would happen.

There are a few things to consider here.

For one, the UK Government are not issuing a blanket sanction on all Russians who are connected to football clubs.

AFC Bournemouth are owned by Russian-British businessman Maxim Demin and have been as yet untouched by sanctioning. That of course could change but I think it’s unlikely; I’ve never heard of Demin being an oligarch and Bournemouth have been quick to deny any possibility of Demin being caught up in this mess.

What people need to realise is that the reason Abramovich and Usmanov have been sanctioned is not down to their nationality; it’s their proximity to Putin himself. One only has to look at the time it took for the UK Government to sanction Abramovich to understand that it’s not something the Government is taking lightly – and that they are unwilling to sanction to people unless they absolutely have to.

Therefore, the same rules would surely apply if Chinese businessmen were being sanctioned following by an act of hostility or war by the Government of the People’s Republic of China. One would expect that cronies of Xi Jinping would be the ones who would be under threat rather than a blanket sanction against all Chinese businesspeople.

Of the Blues ownership, we have no one who could claim to being even potentially close to the Chinese Government. Under the previous regime Carson Yeung tried to give an illusion of being close to the Chinese powerbase by being chummy with the son of former Paramount Leader Deng Xiaoping but that clearly didn’t fool many people.

If anything, Blues have the exact opposite to having someone close to Xi; Wang Yaohui, aka the elusive Mr King has been on the lam from China for being involved in bribery scandals.

In honesty, I don’t think that China are going to do anything overly hostile; as someone who loves Taipei very much I truly hope that China won’t use the Russian invasion of Ukraine to conduct a military operation against what it sees as a renegade province.

But if they did, I don’t think it would affect Blues in the same way it has done Chelsea.

However, I would like to point out that while Blues aren’t close to the Chinese regime, they are close to another regime which has a poor record when it comes to corruption and human rights.

He is also provably close to the powers that be in Cambodia.

Vong Pech is in business with Cambodian Senator Lao Meng Khin, his wife Sopheap Choeung and their family. Senator Lao and his wife are considered a power couple in Phnom Penh and are close to the Prime Minister of Cambodia, Hun Sen.

Should Cambodia do something that forced sanctions on Hun Sen and his cronies, that would almost certainly affect Vong Pech and by extension Birmingham City – and so instead of watching what China does, we should be paying attention to Cambodia instead.

The other thing this whole situation at Chelsea should do is focus people’s minds on the whole “Sugar Daddy” version of football club ownership.

It’s something I’ve argued against for a long time, because time and time again it’s proven to cause issues when something happens to the “Sugar Daddy”.

It’s all fine when the money is there and is being pumped in; but when something happens that causes that tap to be turned off things go from fine to being panicked very, very quickly and all of a sudden clubs involved become a huge mess.

As someone with very little knowledge of the full state of affairs inside Chelsea, I think they’ll be okay.

While right now things are very scary due to the restrictions on what they can and can’t do, I think the sale of the club to another person or consortium will happen soon enough and their current position will mean that they shouldn’t take too hard a hit.

However, I do wonder just how painful things would be in the short term should something happen to Vong Pech, Paul Suen Cho Hung or even Wang Yaohui.

It’s clear that money is no longer being hosed on the club in the same way it was during the Summer of Harry Redknapp, but I wonder just how self sufficient the club is right now.

We know that wages are slowly being trimmed, that the wastage of previous years is being cleaned up slowly but what we don’t know is how much time the club has to get all of that into place; or if there is even a deadline to begin with.

It’s for this reason I’m glad that the changes that have taken place at St Andrew’s have happened, and that there is a conscious effort being made by people like new MD Ian Dutton to right wrongs of previous years.

It’s absolutely essential the club does what it can to maximise revenue and to minimise costs right now.

It’s also why I consider it absolutely essential to understand the full workings of the ownership, because by doing that we can at least understand if there truly is a ticking time bomb at the heart of it all, and if there is to understand what we need to do as fans to help the club prepare for it.

Since the last round of protests started, I’ve been very much a believer that it is time for Birmingham Sports Holdings to go; however, I am also very much in the frame of mind that when that happens they need to be replaced by people who understand the economics and ethics of owning a football club.

My hope is that by improving our understanding of the now, we know what to demand from would-be owners for a better future.