Birmingham Sports Holding Ltd announced their interim results to the Hong Kong Stock Exchange yesterday following a board meeting held by the company. The results, which are unaudited, cover the six month period to December 31, 2021.

The announcement can be viewed at this link.

As expected, BSH have recorded a small loss but even though these accounts are for the entire group, there are some things that we can pick out that give us an idea of how of how the club are doing financially this season.

As always, please be aware I’m not an accountant and that I’m using my lay knowledge plus help gleaned from friends who know what they’re talking about.

While these accounts show a loss of around £3.829M for BSH, it could have been much worse.

As part of his profit and loss agreement signed when he bought a partial stake in the club, Oriental Rainbow Investments owner Vong Pech must stump up 75% of the loss made by Blues if they lose money in the Championship.

The accounts show that a payment of HK$89.559M (about £8.5M) was paid by Vong Pech to BSHL as compensation for the loss made by the club.

We can confirm this maths by checking page 9 of the accounts, which shows BSHL with a segment result of HK$29.853M, which is exactly 1 / 3 of the money Vong Pech put in.

This means that despite the club having vastly better revenue thanks to ticket money coming in, commercial revenue coming in and even £2.6M in business interruption insurance being paid out, the club has lost money hand over fist in the last six months.

While there is nothing in the accounts which specifically shows it, the reason that Blues are losing hand over fist has surely got to be down to the cost of stadium repairs. If that is the case, then the sheer cost of them is a real issue because there then might come a choice between paying for the stadium or players.

For example, right now Blues don’t have any problems with P&S rules, thanks to the sale of Jude Bellingham last season.

However, a couple of rough years will easily put Blues back in the brown stuff as it’s a three-year rolling total with a limit of “only” £13M per annum losses allowed. 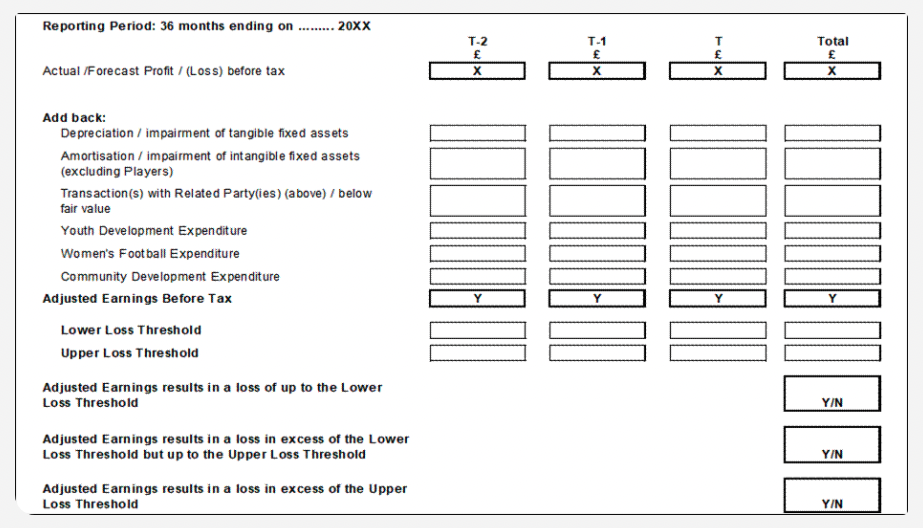 I’ve not found anything which would confirm that the repairs to the ground would be excluded for P&S reasons; I’m happy to be corrected on this because if it isn’t then Blues are in for a couple of really shit years.

When I read these accounts, I only normally look for a few set lines within the accounts because most of them don’t mean much to me.

One of the chief lines I look at is borrowing; who owes what to whom and how much.

In these accounts there are two sets of borrowing that are important.

The obvious one is the amount of money that BSHL owes to other people. There are three lines which are relevant to this in the accounts, on page 16.

We knew from the last set of accounts that Blues had taken a loan from the EFL, and that debt has dropped by a little to HK$74.664M, which is to be expected as payments are being made against it.

We also know that BSHL have loan facilities with Trillion Trophy Asia and Oriental Rainbow Investments, and the amount owed to those has gone up to HK$115.969M. This I think is to be expected as money will have been needed by BSHL to keep operations going.

There is also a small loan from an unidentified number of third parties which has gone up to HK$11.732M.

I’m not too worried about these loans, as BSHL have owed fair amounts of money to people before and have managed to swap it for equity. Their debts are nowhere near as bad as they used to be which says that the worst of the excesses might be over.

However, on page 3 in the current liabilities section, there is a line which says “Amount due to a related party” with the amount HK$235.367M.

When Oriental Rainbow Investments took a partial stake in Blues, they were assigned a percentage of the debt that Blues owed to BSHL.

What’s worrying about this debt is that it’s owed to a BVI investment vehicle which has no HKSE listing to worry about.

My fear is that should BSH decide to sell more of Blues to Oriental Rainbow Investments, once ORI have enough control they could easily dump Blues into administration in the same way Wigan were by Next Leader Fund almost immediately after the club was bought out by that Cayman Island firm.

This is why I believe it’s important we hear from Vong Pech and understand what he says his motives are for taking a stake in the club and the stadium.

I’m sorry if the above paragraphs scare you a little bit, but it is something that will be in the background until it has been paid or written off.

We’ve seen the damage wrought on Wigan Athletic when they were sold by a Hong Kong listed company to a company in a Caribbean tax haven; I really do not want to see history repeating.

The club accounts for last season are due out by the end of this month; they should give us a better idea of just how much Blues owe, and how much the Jude Bellingham money saved the club from going completely into the shit last year.