Radio Free Asia reporter Jack Adamović Davies published a huge investigative report into Wang Yaohui – also known as the elusive Mr King – on Monday night. The report confirms that conclusive proof exists showing that Wang is neficial owner of one shareholder in Birmingham Sports Holdings and is a close familial link to Vong Pech. It also goes into detail about Wang’s connections in Cambodia and Cyprus and the legal troubles he is facing. 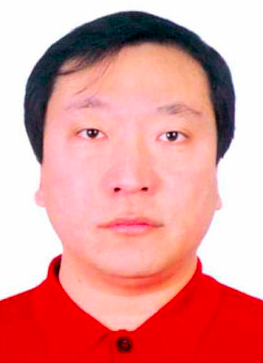 If you’ve not read the report yet, you can do so at this link. It is long and complex, but I urge every Birmingham City fan to read it to get a better understanding of who Wang Yaohui is.

Regular readers will spot information that I’ve written about in the past, and I’m proud to say that I had a small part in helping Adamović Davies to put the piece together. It’s been a long time coming, but I think it’s the start of the house of cards coming down.

Rather than rehash what Adamović Davies has written, I thought it might be better if I put together what it means for BCFC, Birmingham Sports Holdings and the proposed takeover of the club.

What does all this mean for BCFC?

This piece has some very serious implications for BCFC as for the first time it conclusively proves that Wang Yaohui is indeed the person who controls the club.

The EFL’s response has always been to direct complainants back to the club, where senior employees as recently as yesterday refused to accept Wang had any connection with the ownership.

However, court affidavits were produced in a recent civil court case in Singapore which show that Wang Yaohui is the beneficial owner of Dragon Villa Ltd. As Adamović Davies explained, the meaning of “beneficial owner” is:

… a person who enjoys the benefits of owning a company which is in someone else’s name.

This means that while Lei Sutong’s name may be on the documentation for Dragon Villa, he is only a nominee and as such Wang Yaohui must be subject to any test that Lei Sutong has taken in connection with being a shareholder.

The big question in this is what the EFL will do now.

I fully accept that people will be concerned that the EFL will use this information to punish Birmingham City; after all, we have seen what they have done to other clubs.

However, I have documentary evidence that I have repeatedly attempted to raise this issue of Wang Yaohui with the EFL since December 2017.

Their repeated refusal to even acknowledge that there may be an issue means (in my eyes at least) that the EFL are complicit in allowing Wang Yaohui to continue to exert control over the club.

I’d like to see the EFL held to account for their continued refusal to listen to complaints – and I’d like to see any potential attempt they make to punish the club (even under new owners) be met by legal challenge.

For too long fans have had to watch clubs suffer due to the actions of people that could have been restrained by the EFL’s own rules. It is time that is changed – not just for Blues but for all clubs.

What does this mean for BSH?

As Adamović Davies alludes to in his piece, the actions of Wang Yaohui to disguise his holdings in Dragon Villa could be construed as criminal.

Conversations I have had with brokers in HK have confirmed that the Securities and Futures Commission in Hong Kong look down badly upon “shadow shareholders” and I’m sure that they would investigate this apparent breach if notified.

Likewise, there is also a question that Ever Depot and Dragon Villa are shareholders acting in concert.

The upshot of that is BSH potentially facing suspension of share trading, which is exceptionally bad news for both BSH and Wang Yaohui.

There has been no movement on an IPO for the holding company Eastern Bliss Ltd, which has meant that investment into that company has not been forthcoming, placing more financial pressure on Wang.

While suspension may be looked on unfavourably in some quarters, the threat of it is good for anyone who is hoping BSH will sell the club. As I’ve continually made reference to in recent weeks it’s becoming more and more obvious that the house of cards is coming down around Wang Yaohui and the speed is only quickening.

What does this mean for the takeover?

I think remarks on the timing of the report are harsh, bearing in mind the court case mentioned only took place on May 17.

There have been tweets from some people who are perceived to be connected to the Paul Richardson / Maxi Lopez takeover that a deal is done and an announcement will be made this week.

However, in a text conversation I had with someone connected to that takeover group I was told only that the deal was “very close” and “closer than anyone else has ever been” – neither of which are the same as it being done.

When pressed on their takeover being unfavourable due to it being a staged takeover, with a two year gap between initial control and final payment I was told that “there is no other way to get a deal done and it’s a nightmare”.

When I suggested that it wasn’t helpful having people say that the deal is going to be done this week, I was told that the group thought Sammy Yu was the leak of information.

I have to be brutally honest here and offer my belief that any bidder who currently thinks that they are close to a deal are either misguided in their beliefs or misinformed.

My understanding of the situation from speaking to people in Hong Kong is that the deal being offered by BSH is not one that is at all appealing to buyers, which might explain the paucity of progress in recent weeks.

As I’ve stated before, a staged takeover is no good for anyone.

It could land a potential buyer in all kinds of trouble if the house of cards surrounding Wang Yaohui does indeed come down, while issues surrounding how much control would be given up by the current ownership would in my opinion fester and cause further disillusionment from the fans.

I’ve long stated that the best thing for any buyer would be to put BSH into a position it cannot refuse, and I think we’re now almost there.

I think this latest report puts BSH in such a position that a buyer may be able to put the screws into them and force them to accept an offer even if it means they lose the listing – as the alternative would see them receive nothing and be in a world of trouble.

It wouldn’t surprise me if more potential buyers now started to come forward to negotiate with BSH – which might explain why people cheerleading the Lopez / Richardson bid are so upset with this news.

For the first time I feel confident we’re in the endgame. Hopefully this will be all over soon and we can forget those four letters HKSE.