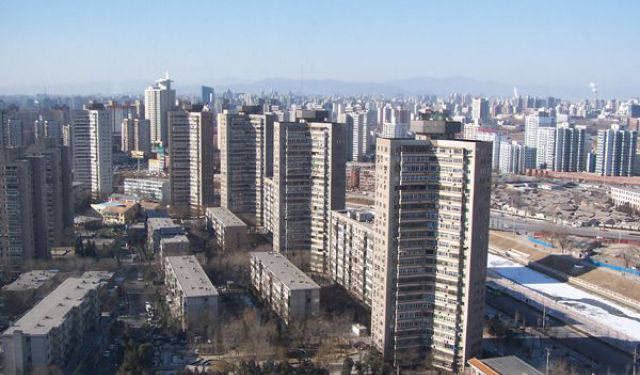 The Beijing CBD branch of the Figo Academy’s Technical Co-Ordinator Mario Parreira has made a three page statement – which can be viewed here –  which makes allegations of wages not being paid, of poor management decisions and other financial malfeasance against the company.

Parreira is a UEFA A-Licence accredited coach who has worked with academies and teams across the world including in Egypt, Laos and his native Portugal.

His statement alleges that on three separate sets of occasions coaches found their wages delayed for weeks or even months due to financial problems with the company.

It also alleges that Ren was forced to step aside as CEO of Nei Mongol Zhongyou FC a short time after Winning League bought the club in early 2016 due to “internal troubles”.

The Figo academies were founded in 2014 and were opened across China, with more than 4,000 registered players. However, according to Parreira’s statement by June 2017 the company had shrunk to less than 20 coaches and just 8 city branches, and in September 2017 almost all the remaining branches had been closed.

Parreira gave some dire warnings when spoken to by this website.

“All the process was to show “data” (numbers – cities, branches registered kids) to get more investors.”

“As a football professional I’m afraid that in a few years some European clubs with Chinese investors can die… (as someone already fold down)… because they don’t understand about football.”

Parreira confirms in his letter that some workers at the head office have stopped working and branch managers have been left without information to give to angry parents demanding refunds as classes are cancelled.

Portuguese coach Victor Silva, a UEFA B Licence accredited coach and former technical co-ordinator at Porto confirmed to this website that he had left the company having not been paid since August.

They said they didn’t have money, they were waiting for the shareholders.

This has been echoed by other coaches this website has spoken to, who also confirmed that one of the shareholders that the company was trying to reach for further investment was believed to be Ren.

Ren is also currently listed as the legal representative of the company.

Silva also confirmed to this website that there are many other coaches who have seen salary delays of two months and longer, who have been forced to leave China due to their work permits not being properly dealt with by the company.

Silva, who worked at an academy in the small city of Zhangjiakou was scathing when speaking of the management of Winning League. He said that he and his colleagues realised that Zhangjiakou couldn’t support a Winning League project within a week of it opening due to the poverty levels in the city.

This echoes Mario Parreira’s concerns about Birmingham City and any projects that they might choose to open in China.

However, it appears that there may be a glint of light on the horizon for a few coaches at least with some coaches having received the money owing to them – including Parreira.

The general manager of the Academy has invited coaches to a meeting of the Beijing CBD branch to restart operations and have promised to pay coaches who attend – however, so far only one has done so. It remains to be seen if more will join him.

Silva won’t be one of them. After not receiving payment for his services for September he terminated his contract – and he won’t be changing his decision.

Nuno “Lamicha” Couceiro worked as a coach for Winning League for three years, based at the Beijing Guomao center. As an academy it was one of the better ones within the company, with more than 400 kids attending at one point.

However, the purchase of Nei Mongol Zhongyou FC precipitated the first problems the academy there had with salaries – much as it had with the other academies.

Always the technical director and the 2 technical coordinators, they always advised the “Chinese staff” what would be better for our football academy but almost all the time the Chinese staff never listened them.

If in Beijing was a little bit difficult to create “some rules”, some procedures, imagine in another cities, must more difficult….

The refusal by Ren to listen to technical staff has been a common theme from all the coaches this website has spoken to. All of the coaches were committed to giving a good education to the kids attending, and all of them wanted the company to thrive.

A similar common theme is the need to spend money on new ambitious projects to improve status and “face” despite the knock on effect it could have elsewhere.

they always promised our salaries, like “next monday”, “next friday”, “next week”, “give us more 1 week”

Time has run out for Couceiro and Winning League, with the Portuguese coach having moved on after waiting months for his money.

On the other side of the coin students are missing out too.

Beijing resident Zhang Ting, whose 9-year-old son was a student at the Beijing CBD branch of the academy confirmed that training had been ceased with no explanation, and that no refunds were being given after the whole year’s worth of training had been paid for in advance.

Zhang told this website that he is owed around 6000 RMB (about £680), and that there were another 180 parents in this situation, meaning there is around £120,000 owed in tuition fees to students at the Beijing academy alone.

As CEO and director of Birmingham City, Ren Xuandong will have had to declare to the EFL that he has had no connections to previous insolvency issues and there is a possibility that the EFL may wish to look into these allegations further – particularly as they relate to other footballing entities and that Ren based his reputation on his work with Winning League and Nei Mongol Zhongyou.

Parreira is anxious in his letter to point out that this isn’t a witch hunt against any one person.

Although Ren is named as the legal representative of the company at this moment, Parreira also pointed to disagreements between the eleven shareholders listed as a problem the company has faced when spoken to by this website.

“Ren tried to sell stocks to get investment. One bigger investor supported [the company in the] last times but want the others to also invest more or buy their stocks. It’s a conflict of interest between shareholders.”

With the news that Birmingham Sports Holdings are to have a new 24.90% shareholder in Cambodian developer Vong Pech this isn’t the kind of news we needed to hear either.

Despite asking on three occasions, Ren Xuandong has declined to comment.