Following accusations made by various Portuguese coaches against Blues CEO Ren Xuandong in October 2017 regarding financial negligence, it can be exclusively revealed by this website that there are 14 current court orders issued from various courts in China against Ren in connection with his failed venture Winning League. 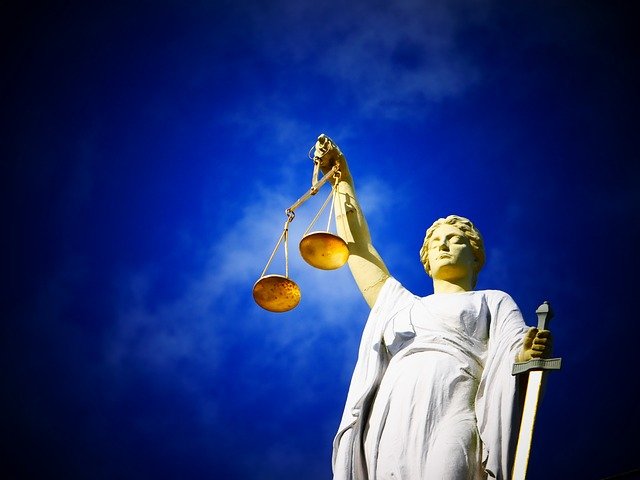 These court orders all add Ren to a “List of Dishonest Judgement Debtors” and have been put in place to enforce collection of money awarded in judgements made against Ren in his capacity as legal representative of various companies under the Winning League umbrella.

Copies of these court orders (PDF, Chinese) can be viewed at this link.

What exactly are these court orders?

The easiest way to explain these orders is to think of them as sort of a “super-CCJ”. They are issued against people who either outright refuse or resist payment of money for a judgement brought against them in court.

The list of dishonest judgement debtors was created by the Supreme People’s Court in reaction to the huge number of court judgements that were ignored by businesses and businessmen alike.

A decision was made by the SPC to make the legal representatives of a company liable in cases where a company had refused or ignored a court mandated judgement to make payment. This stopped companies from using loopholes to get out of payment such as changing their name.

Once put on the list, an individual is restricted from various activities such as travelling by plane or using any but the most basic class of seats on trains, as well as making various investments or even such mundane things as putting their child in private school.

These restrictions are enforced by making the list of people affected available to all credit agencies and government ministries, with penalties such as fines and potentially imprisonment in place for anyone who is found to have breached the restrictions.

A plaintiff in an ordinary court judgement can go to the courts to seek to add a defendant to the list if they are refusing to pay any award made against them.

Like a CCJ, these orders are time limited; in this case to two years. However, in certain circumstances the orders can be extended by one to three further years if required.

How does this affect Ren?

If Ren was living in China, his life would be extraordinarily difficult. The orders make anything but a very basic lifestyle impossible – especially bearing in mind the Chinese system of “social credit”.

The social credit system has been created under General Secretary Xi Jinping’s administration, with the aim of creating a national reputational system for individuals. The system tracks and assesses the trustworthiness of both businesses and individuals, enabling the government to punish those who are “dishonest” in their day to day life.

However, as Ren doesn’t live in China he is much more insulated from these orders. Outside of the PRC, they are pretty much impossible to enforce and as such it’s business as usual for the Blues CEO in his daily life.

There is one complication though; because these orders preclude travel by air, Ren is effectively exiled from China until they have all lapsed.

Manifests from planes travelling to China are checked against the list which makes things difficult for people who are on it. It could be that travel is refused, or worse still that enforcement personnel are there at the destination airport to take action against the person on the list on arrival.

This presumably places pressure on Ren to maintain his position at the club, as one would presume that his permission to remain in the UK is reliant on his continued employment at BCFC. That intense pressure – especially in addition to the pressure that Ren is undoubtedly already under from his superiors – would probably go some way to explain why the Blues CEO sometimes acts in a manner which is unexpected.

One could almost feel sympathy for Ren, were it not for the fact that these orders have almost certainly been brought about by his own action or lack thereof.

Why does this matter? Is this just another article in a vendetta against Ren?

When the original allegations came out in 2017, Ren replied to me in an email via the club’s media department that he had no connection to Winning League and the complaints were nothing to do with him; something that these court orders prove is an outright lie.

If it was just one court order, then it could be accepted that it might have come about as a dispute with another person or company who has got vindictive, and that it means nothing.

The problem is there are 14 of them, with the most recent being issued this July.

They’re not all concerning Winning League either; one names Ren Xuandong directly as the plaintiff and another is linked to a holding company that listed Ren as its legal representative.

It’s easily possible that there are even more orders made against Ren that have since expired due to time limitations.

These orders confirm that the complaints made by coaches and parents back in 2017 were legitimate, and that there was a cavalier attitude from Winning League towards payment of staff costs and debt; and that the person responsible for it is Ren Xuandong.

It also makes sense of a similar pattern of behaviour at Blues, whereby suppliers have had to resort to social media and / or the courts to chase payments, with at least one CCJ remaining outstanding against the club. This attitude means that the club has a very low credit rating on credit checking apps, discouraging companies from doing business with the club.

In the current financial circumstances and with staff being cut back it is imperative right now that the club is a tight run ship financially. Having worked for small businesses for most of my life I’m not naïve enough to think that all businesses are always going to make payments on time – however, I know there is a difference between juggling costs and just not paying debts for the sake of it.

If lines of credit are withdrawn and companies are reluctant suppliers, it forces the club into having to pay for things pro forma and potentially more expensively – which is bad for cashflow and the bottom line.

Do these orders have any effect on the club?

For the club itself, these court orders have zero affect but it does raise a question as to whether Ren has a disqualifying condition with respect to the owners and directors test (OADT).

One of the things that has to be confirmed on the OADT is that a director or owner has no convictions for dishonesty.

While these orders are from a civil court, they state that Ren is a dishonest person and subject him to criminal proceedings if he breaks the restrictions held within.

Furthermore, there are football debts within the orders. One of the orders has been brought against Ren by Joaquim Rolão Preto a Portuguese coach who is now assistant manager of Portimonense of the Primera Liga in Portugal.

When filling in the forms pertaining to the OADT, Ren would have had to declare any convictions and it’s probable that Ren would have had to at least notify the EFL of these court orders if only from a “FYI” perspective. If he has not done so then it could lead to some awkward questions being asked of him.

If there is one thing I could impress on readers of this article, it is that what I want most at the club is competency.

A competent team manager who can manage players to play to the best of their abilities; a competent back room staff who ensure that the club is run as efficiently and as profitably as possible; and a competent board to run the whole operation as smoothly as possible.

In Aitor Karanka, it’s possible we’ve got a manager who can potentially reverse the current trend of finishing positions in the league table for the club. However, for him to do his job as best as possible he needs the board to do their jobs right – and seeing this raft of court orders makes it hard for me to believe that Ren Xuandong is ever going to be that person.