In recent weeks I’ve written about the problems surrounding the ownership of Birmingham City FC. In this article I wanted to look at issues that are closer to home and affect the day to day running of the club; specifically the club’s poor credit rating and debt issues to local suppliers.

When football finance experts talk of club debts everyone’s attention normally turns to the huge amounts of money owed by clubs to their owners. Blues are no exception to this rule; as per stock exchange announcements they owed upwards of £110M to Birmingham Sports Holdings as of the end of August.

While these debts sound huge, the truth is that they’re also somewhat abstract. The likelihood of any portion being called in is low as doing so would bring down the holding company too.

It’s safe to say that debt is a fact of life, whether it be an ordinary person or football club. While high levels of debt are worrying, in reality concerns should only ever be about the ability to service debt.

I’ve always thought that the day-to-day situation is the bigger canary in the cage; as long as everything is okay with the normal routines of business, then there is nothing really to worry about.

In the last week I was notified by a credit reference tool I use to a fourth CCJ being added to the club’s credit record.

According to the records I’ve seen, three of these CCJs remain outstanding.

I’ve listed the full details below: 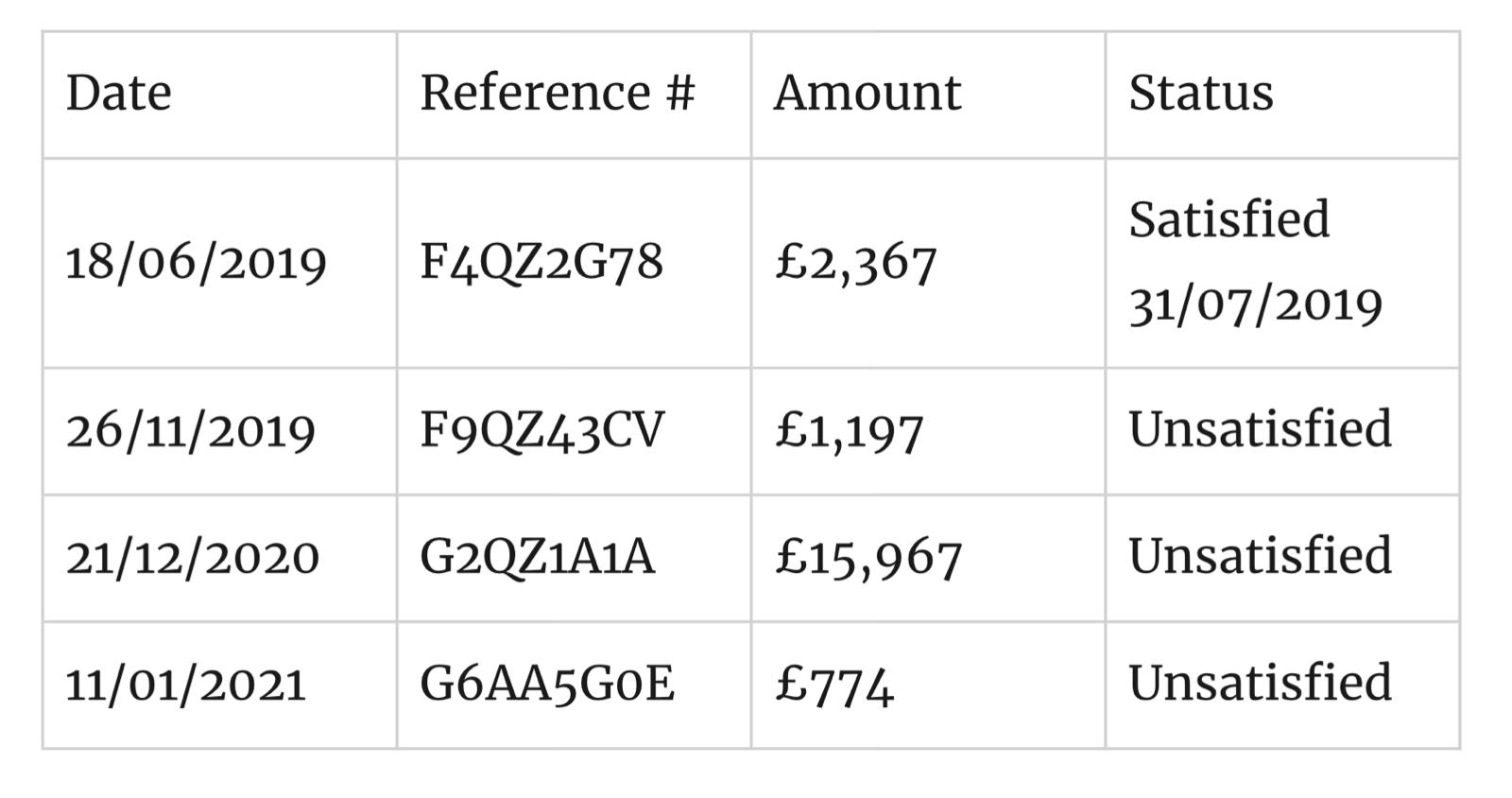 I’ve reached out to the club twice to ask for a comment on these CCJs to confirm if any had been recently satisfied or disputed. I have yet to receive a comment from the club; if and when one is received, I will update the website accordingly.

What is a CCJ?

County court judgments are an unfortunate fact of life for many people and businesses. If a debtor fails to make payments to service a debt, then a county court judgement is the legal avenue a creditor can take to recoup money.

Once a CCJ has been obtained, it remains on the credit file of the debtor for six years. There are exceptions to this; it can be removed if it is paid in full within 28 days of the judgement date or set aside if the debtor can prove that they have not received ample notification of the county court hearing.

A CCJ on a credit record is like a huge red flag telling other would-be lenders to steer clear. As a person having one it’s painful because it makes it very difficult to have anything but the most basic of bank accounts and can even preclude employment in certain professions. As a business, it can be crippling as it tells all would-be suppliers to insist on cash up front for orders, making cashflow all the more important.

While it’s possible to find out who has a CCJ from making enquiries with a credit reference agency, there are limits to what one can find out. The information above is all that we are allowed to have legally; the name of claimant can only be revealed by the court to the defendant. This means that while we know Blues have CCJs against them, we will not be able to find out who the debts are owed to or what for.

Why is this such a big deal?

While I can understand that CCJs do happen when a debt is disputed, I also know that once the case is lost it is normally imperative for a business to work on getting the CCJ removed from their credit record. If the club had four CCJs which were all satisfied within 28 days of the respective court dates, it would make much more sense.

The problem is the one that was settled was settled two weeks outside the 28-day limit, while at least two have been left to just dangle. The outcome of that is that the club has a shocking credit score with credit reference agencies; and I would expect that the club is also gaining a reputation as a business not to deal with unless cash is on the table. That in turn adds more pressure to the cashflow situation at the club; something that the club just doesn’t need.

On a personal level, it bothers me because one debt was for just £774. For a Championship football club that’s not a lot of money; it’s less than a day’s pay for most players. Yet for a small local business it could easily be a few days-worth of turnover. I don’t like how abstract football seems to be from normal society and things like this just exacerbate it – and when one sees pics of Aitor Karanka and Ren Xuandong posing with a £500 Jamon Iberrico for Instagram likes it does stick in the craw somewhat. 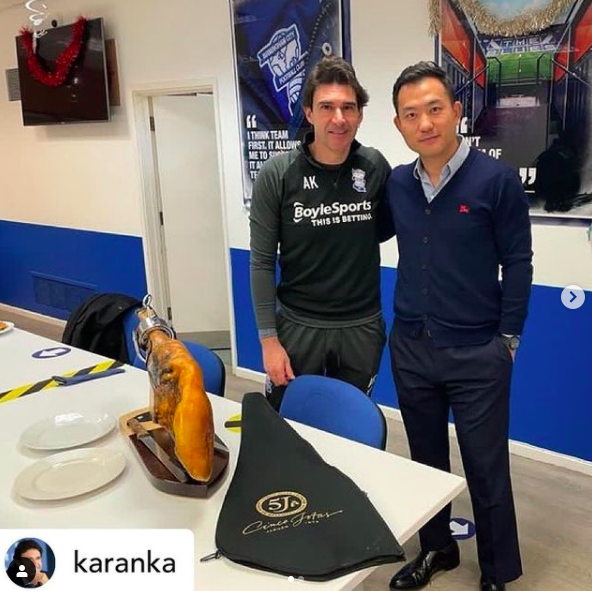 I don’t think it’s a coincidence either that Blues are on their third financial chief during Ren’s reign as CEO. Roger Lloyd was forced out in 2018 following the well-publicised fallout between Ren and the club’s Senior Management Team; his replacement Asif Khawaja has since been replaced by Mark Smith as Financial Controller.

Although I didn’t really expect the club to comment, I’m disappointed that they didn’t. There’s a lot of stuff going on right now with people being made redundant and at least one claim going against the club through employment tribunal. It’s obvious that there are issues, and as I think Ren is finding out, you can’t just ignore them and run away from them like he did in China.

We can’t say we weren’t warned either. The coaches who were employed by his company in China told me when I interviewed them that Ren had a cavalier attitude to debt and would just let it pile up when it didn’t directly affect him, to the detriment of people who worked for and supplied his businesses.

I’ve always considered it important to judge people by their actions. As much as I think Ren was correct on the Jude Bellingham issue and deserves credit for sticking to his guns over Garry Monk, it’s stuff like this which detracts from his credibility and makes him a target for abuse.

One thought on “BCFC: Credit Scores and CCJs”