In the fallout from everything that happened on Thursday one of the most common questions I’ve been asked what I know about the motives of the owners of Birmingham City.

While I can’t say that I have an inside line into their psyche I have put together this piece to try and explain as much as I can of what I know of them and what I think their plan is.

The first thing to understand is that there are two sets of people – Trillion Trophy Asia, Paul Suen Cho Hung and his people; along with Wang Yaohui (Mr King) and his people.

If we go back in time to March 2015, Birmingham International Holdings (as it was known then) was in flux.

There had been a battle in the boardroom which resulted in Ernst and Young being appointed by the High Court of Hong Kong as Receivers.

Seven bids were received by EY for the club and/or holding company, of which Trillion Trophy Asia’s was successful.

EY and Suen had history of working together before rescuing distressed companies, and I have no doubt that EY selected the TTA bid as it preserved the all-important stock exchange listing.

Suen’s modus operandi has always been to fix companies and sell them on.

With this in mind it’s not hard to make the leap that when Suen made the bid he already had a person in mind to sell it on to.

This person of course is the elusive Mr King.

The hard work for Suen was sorting out what needed to be done to lift the suspension in trading in shares of BIH.

Once that was completed, the next step was to arrange the gradual process of transfer to the next owner, which is the stage we’re at now.

Unfortunately, because Blues don’t make a profit the Stock Exchange aren’t happy that Suen can move on.

To combat this, the company was diversified by bringing in the Cambodian project and selling a chunk of shares to Graticity Real Estate Development Ltd – another company with links to Mr King.

Until that company starts making a profit – and there is no sign of this right now, judging by how busy the One Park development is in Phnom Penh – Suen is stuck in place.

This isn’t a good thing for Suen; especially when compounded with news he has to face a Market Misconduct Tribunal for his dealings in another company.

Throw in the sale of the London casino Les Ambassadeurs for less than half he paid it for and it’s easy to see Suen is probably not happy with things.

However, it’s not Suen calling the shots above BCFC.

King’s motivations are a bit harder to pin down.

Edward Zheng Gannan, Shayne Wang Yao and Ren Xuandong are all his placemen and look after the day-to-day running of the club.

BSH chairman Zhao Wenqing is pretty much King’s number 2 guy and has a modicum of power over the rest of the BCFC board.

In March 2018, Zhao was the person who came over to ensure Steve Cotterill was fired and replaced.

At that time Ren was massively out of favour having been blamed for the Cotterill mess but it appears Ren was brought back into the fold as Edward Zheng struggled to deal with the appointment of Monk.

When Mr King wants to know what is happening at the club, the word of the four men mentioned above are the only people he will trust.

A big part of the problems facing the club is that if for whatever reason Ren is moved on it’s very difficult to imagine who would replace him that is satisfactory to Mr King.

Last summer we saw what I termed as a “toxic turf war” between Ren and the senior management team as it became clear they couldn’t work together.

We know the outcome of that.

This is what leads me to believe the breakdown in relationship between Ren and Monk is worrying and is why along with the We Are Birmingham guys we decided to make it public.

With all this in mind it’s easy to understand why people want to know what King wants from the club.

It’s a difficult thing to understand, but I see it as a two-part answer.

Firstly, the listing is important to King. Without the stock market listing it’s difficult to attract new money and investment and it’s harder to make money on the deal.

As I’ve said many times before, the listing has an intrinsic value itself which is more than that of the club – around £40mil to £50mil.

This is due to just how hard it is from a regulatory perspective to get a new investment vehicle onto the stock exchange.

The stock exchange is not his sole investment though.

I’ve mentioned other projects connected with King and now I can reveal I have found a new one in the UK.

Companies House lists a company called UK Wealth Holdings Development Ltd which was founded on January 15 of this year. 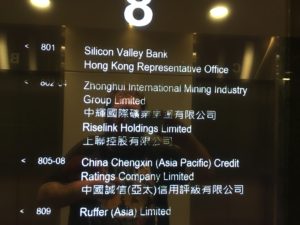 While the owner of UWHD isn’t listed as Wang Yaohui, the name given – Gu Zhongfei – is a name linked to King-related companies in the Panama Papers and the address given is the office I visited in Hong Kong last June.

Interestingly, Gu holds the company via a Samoan holding company called Asia Engineering Group Ltd – who are also listed as the operators of one of Mr King’s private jets.

As of yet I’ve not been able to find out much of what UWHD have been up to other than advertise for various Chinese-speaking roles based at their Cavendish Square address.

The other part of the answer is that it’s about ego.

Owning a Premier League football club is a massive symbol of power and status.

Like Carson Yeung, I think Mr King revels in the idea of being able to sign hugely expensive players to play for his team.

However, like Carson Yeung King has chosen people to execute his plans who don’t have the experience in English football and who are struggling to adapt to what is a unique business.

So what’s the endgame?

Without a crystal ball, it’s difficult to know.

On the one hand, it could be glory and success. I have no doubt that if Blues could go up then we’d see the same sort of ambition and money spent as under Carson.

I think if the personality clash between Monk and Ren could be resolved then it’s possible that we could build on what was a successful season last year and push on to the promised land.

The question really is just how far things have gone.

If things have passed the point of no return then it could be another season of flux. The only thing I’m sure of is that the board enjoy the confidence of Mr King.

The corollary of that is if things do go pear-shaped, then any protest or fight has to be taken to the top.

One thought on “BSH: The Endgame”